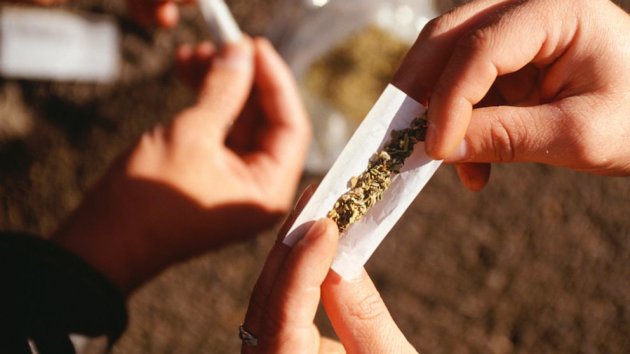 ABC News – Drug Use Drops for America’s Youth, Rises in the Over 50 Crowd (ABC News)
http://news.yahoo.com/drug-drops-americas-youth-rises-over-50-crowd-202408530–abc-news-topstories.html

Drug use among America’s youth is dropping, but it’s booming among people over 50, a U.S. government survey released Wednesday shows.

Last year, the rate of illicit drug use among children and teenagers 12 to 17 years old dropped to 9.5 percent, down from 11.6 percent a decade earlier, according to the Substance Abuse and Mental Health Services Administration’s (SAMHSA) latest national survey.

Marijuana is by far the most-used illicit drug among both children and adults, according to SAMHSA, a division of the Department of Health and Human Services.

At a press conference Wednesday in Washington, officials expressed particular concern about use by those 12 to 17 years old.

“There’s no question that marijuana is harmful to the developing brains of adolescents,” said SAMHSA administrator Pamela Hyde, adding that marijuana use has been linked to “significant I.Q. declines.”

As for young adults – those 18 to 25 years old – rates of illicit drug use have remained somewhat steady over recent years, with a slight increase in marijuana use, according to the survey.

Illicit drug use among children had remained steady at 10.1 percent from 2009 to 2011, which was a slight increase from years before. Overall, though, use for that age group has dropped in the past decade.

The data was released at the start of September to help kick off National Recovery Month, a government-sponsored promotion of preventing and treating substance abuse and mental health disorders.

“Recovery Month reminds us that the work we do to promote and support recovery has lasting, positive impact on so many individuals, families and communities,” said H. Westley Clark, the director of SAMHSA’s Center for Substance Abuse Treatment. “It also reminds us that while we have made great strides, there is still much for us to do.”

They came from all different backgrounds.

Twenty-eight-year-old Daniel LaPointe grew up in suburban New Jersey with a “loving family” that stressed “educational excellence,” he said.

In 1997, at age 12, he won a contest for writing an essay titled “Why I Won’t Try Drugs.” A month later, suffering from insecurities and depression, he started smoking marijuana, which ultimately led him to heroin and, as he put it, “the funerals of five good friends.”

“I was so tired of not knowing what to do, the only way was punishing myself until the physical pain overcame the emotional pain,” he said, adding that whole-body “wellness” has helped him continue with recovery.

Jenna Bertino, also of New Jersey, was almost brought to tears while telling her story.

When she was 13, two days after Christmas, her father took his own life. Refusing to “face that reality,” she started drinking beer and smoking marijuana, and she eventually moved on to pills, she recalled.

“Before I knew it, I had a $200-a-day Percocet habit, and I was robbing and lying and manipulating and doing whatever I needed to do to get one more,” she said. “I had become a monster. My mom used to sleep with her purse under her pillow out of fear that I was going to come in and rob her.”

Her drug use didn’t stop there. Ultimately, she moved onto heroin, hanging out in neighborhoods she said she had “no business” visiting. Then she was arrested and thrown behind bars.

“From that jail cell I started to see hope. I had this moment of clarity, and in that moment I no longer wanted to die a using addict with a needle in my arm,” she said. “I wanted to live.”

Bertino entered a rehabilitation program, during which she learned about herself and how to cope with life’s challenges, she said.

She finished the rehabilitation program in 2010. Since then, she graduated college, and now she is starting graduate school.

“It’s amazing that I have a purpose,” she said.